Three of Barnsley finest punk bands at the Polish. It’s the last thing you’d expect to catch post Sunday dinner, but on Dec the 16th, that’s what we got. Honestly, I’d never seen any of the bands perform before but was damn sure looking forward to them. Firstly though, it would be wrong of me to not mention Barnsley’s premier punk poet, Mark Jackson, who off of the back of his new EP, did a sterling job of compering the night.

First up on stage as the clock struck four and after my first pint of Black Cat was Brainbomb. They’re often touted as a punk covers band and this evening Sex Pistol’s Problems was pitch-perfect aggressive, The Stranglers’ Peaches and The Jam’s Down In The Tube Station at Midnight are all played brilliantly and get the crowd singing along. When you play those classic as brilliantly as these guys do, it would be the easy way out to simply offer us hit after hit. However, Brainbomb also throw in the odd original song. And they’re very good. Songs like Broken Bones and Raining All Over the World are brilliantly crafted, and definitely lean heavily towards the pop end of punk. Vocalist Andy has a pretty versatile voice, being able to shift between nasty bugger and a clean pop vocal at will. Ending on Complete Control (The Clash) and Neat Neat Neat (The Damned) is the perfect end to a great set.

I’ve heard a lot about Cambodia‘s fusion of punk, reggae and folk and of how the band comprise of members from some of the best local punk groups of yesteryear; The X Rippers, The Spunksters, Barmy Surplus and Playground Bully. My expectations were high and indeed exceeded right from the off. Opening with Bang to Rights which was dedicated to the ‘thieving bastard Eric Isley’, the band was in your fac

e and and exciting and the repeated refrain of Society Anxiety in Society is urgent and angry. One song even has a lashing of Celtic folk in it. The band is perfect. Ems is a shit-hot drummer with Clash like military precision and that penny whistle solo by Jethro is the kind of tune you’d get in an old Yankee civil war ditty. Each song is a call to arms on various levels and Jethro is the military band leader; he’s funny, compelling and a fantastic performer. The last part of the set takes on a lighter note with a song about the Benidorm legend Sticky Vick and a cover of the local ska classic CCTV by Barmy Surplus, and finally the triumphant encore of Toots and the Maytals classics, Monkey Man and Pressure Drop.

Headliners Total Confusion was briefly together for a couple of years at the beginning of the eighties and then reformed after the first memorial night for the Legendary X-Rippers guitarist Munk. Since then they have gone on to support some true legends in their field; U.K. Subs, The Anti-Nowhere League, Goldblade, The Vibrators and Splodgenessabounds to name but a few. Like the U.K. Subs and Sham 69, Total Confusion’s songs are (just like they were back when they formed) angry and political. They are much darker, heavier and rawer than the previous two bands. While vocalist Suti is all venom and snarl, guitarist Casper spends the gig dressed as Santa’s elf. One minute he’s the feedback drenched shambolic joker, the next he’s cutting it with razor-sharp riffs and it’s bloody marvellous. Andy, the vocalist in Brainbomb is here on drums, and with Paddy and Pat they make a proper tight-as rhythm section. They dedicate Hound Dog to the ‘cockroach woman that never dies’ and Suicide to Barnsley FC but the real set highlight here are For What?, which Paddy dedicates to the children of Connecticut, which is vitriolic and powerful. Just a good is Out For Blood, which is a proper nasty little storm cloud. The set and the gig is a real success and with an encore of Pretty Vacant, you really can’t much better.

The band plays together often, so do your best to catch them when you can. You follow each band on their various facebook pages and website. Cambodia will be appearing at the 2013 Munk Memorial with X Rippers, The Fluffy Gremlins and Danse Society. 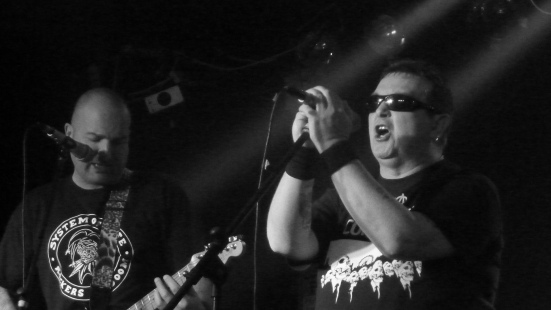 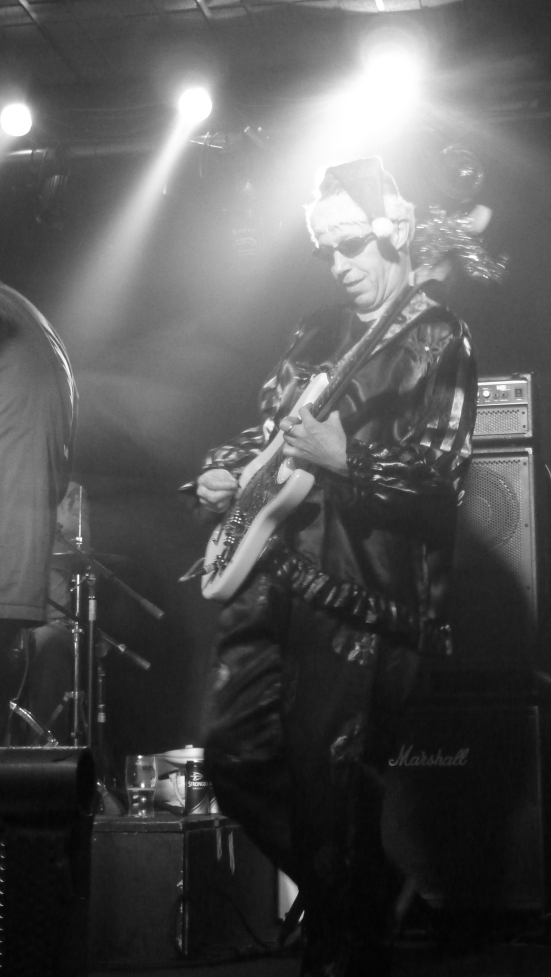 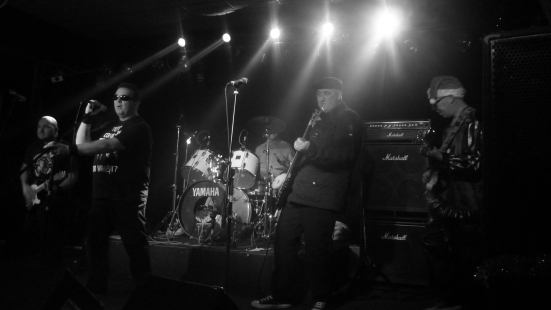