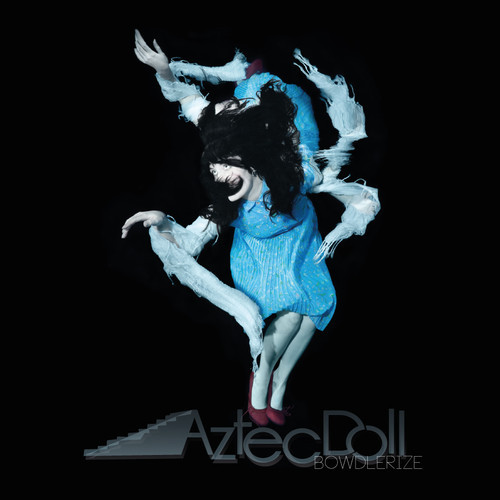 Two years ago, Aztec Doll appeared on the Barnsley music scene and gave it a shot in the arm of something new and exciting. Although the number female led bands the town has been very few, they have always been of high quality. None though have ever really gone down the route that Aztec Doll have. Luckily for me, every ingredient they pour into their music just so happens to perfectly reflect my music collection at home. Hell, if I (publicly) played an instrument, I’d beg to be recruited to their ranks. The feeling amongst local music fans must have been mutual. The brilliant Of National Importance Records quickly snapped them up and released their debut EP, they have also been lucky enough to have already shared the stage with the likes of Ghostpoet, The Fall and Post-War Glamour Girls.

New EP, Bowdlerize signifies a welcome return and hopefully a sign that an album is one step closer. It also firmly cements their status as one of Barnsley’s finest bands.
Blood Red, the first track to be leaked by the band in the run-up to their Live in Barnsley performance is already a firm live favourite, so it’s good to see that it’s made the EP.
Here the bass is at the forefront, reminding me of Warpaint and the tremendous work of the mighty Steven Severin. And then there’s a lush, sweeping chorus that evokes Julie Cruise and the gothic grandeur of Confide in Me by Kylie (a contender for best pop song of the 90s, surely?).
The synths hint at Black Celebration-era Depeche Mode, but also mark the expansion of the Aztec Doll unit with the addition of keyboardist/vocalist Hayley Youell, a local singer/songwriter and former The British Expeditionary Force and Tiny Little Secrets collaborator.

How does the rest of the EP fair? Rag Doll is a snow laden fairytale, which could have easily have been penned by early Cocteau Twins. It’s mellower than its live counterpart and all the better for it. The cool synths wash over the guitars and bass, and the multi-layered vocals give it a hymnal quality, masking the submissive lyrics.
The title track is reminiscent of Lush, both vocally and musically. It’s glass-like synths suggests John Foxx’s Glimmer and the middle section the lighter moments of Snake River Conspiracy.

As someone who is more than happy to shout about being a massive fan of Aztec Doll, I’m happy to declare that they have created an EP that satisfies everything I loved about their first EP, yet they have developed their sound so that they manage to surprise me at every single turn. Aztec Doll have subtly evolved, being now less alt-rock and more ethereal and gothic dream-pop. It’s a smart move, and now they stand even further out in that field of their own.

FACEBOOK.COM/AZTECDOLL
You can stream Bowdlerize via the band’s souncloud page. The EP soon have a physical release on Of National Importance Records.
Aztec Doll play Wakefield’s Long Division festival for a second time on Saturday 13th September and Barnsley Rock and Blues on Friday 17th October. 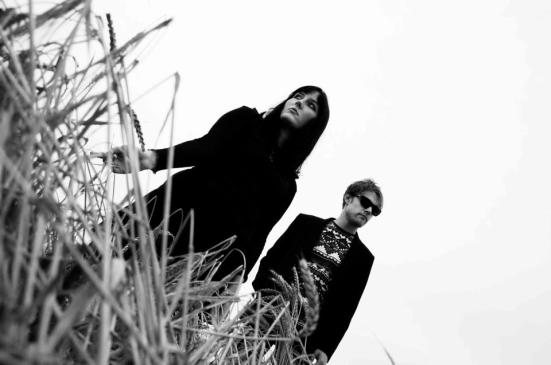