There hasn’t been a group show of this type and quality in Barnsley for quite some time now; not since Wake Up Call at Redbrook well over a year ago.

Taking in the work of five artists affiliated with Barnsley, this exhibition explores multiple mediums; drawing, painting, photogaphy and sculpture.
Rory Garforth was born and raised in South Yorkshire, and his photographs showcase the best of this beautiful county. With the Pennines and North Yorkshire right on his doorstep, Rory draws inspiration from this gorgeous part of the country and from the people he meets whilst out and about.
His love for photography started to develop in childhood and, later on (along with his music), became his biggest passion. Rory says, “I have always seen the world as pictures and frames. I love landscapes. Nature and long walks along with photography give me a lot of satisfaction and happiness, often feeling like I’m creating my own, small world. Sometimes it may feel surreal or messed up, pieces of my imagination mixed with landscape and the miracle of nature.”
http://rorygarforth.com/

John Ledger is a visual Artist, eternal meanderer and obsessive self-reflector by nature. His works predominantly take the form of large-scale ballpoint pen landscape drawings and map-making as social/psychological note-making. There is an underlying sensation of being cornered, by the general scheme of things in the world as it stands. His works are painstakingly-formed but defiant responses that react to and defy this underlying sensation.
John was born in Barnsley in 1984. Although having some experience of studying art elsewhere, John gained all his art qualifications up to degree level in his home town, where there was a hands-on ‘realism’ in regards to the relationship art-making had to the world outside his college/university doors. He has been creating new works continuously in the 8 years since graduation.
http://www.johnledgerartist.co.uk/

Rob Nunns is a Yorkshire based professional photographic artist, who’s work covers many genres such as Sport, Portraiture and Lifestyle. He is best known for his work as a photographer for Barnsley Football Club, and his iconic images of the Tour de France. He has been involved in photography for 20 years, and over this period he has seen his work published and used on television in various countries world wide.

Whatever the subject matter his work is predominately documentary based with a strong emphasis on capturing the little idiosyncrasies that life offers. Rob has the ability of judging when to remain unobtrusive and put his subjects at ease, preferring to let a story unfold naturally. He has a unique storytelling style which is quite evident in all his imagery. The photographic work on show was created between 2012 and 2015.

Elizabeth Sinkova is an expressive architectural glass artist whose artworks are full of colour, motion and life.
In 2011 she gained a first class (BA Hons) Degree in Architectural glass at Swansea Metropolitan University which followed after four years studying glass painting in the Czech Republic. In addition, in 2011 she received The Award for Excellence from the Worshipful Company of Glaziers and Painters of glass.
Nature has become the inexhaustible source of inspiration for most of her designs. Also the influence of light enables her to capture new ideas and integrate them into the architectural artwork. Those qualities are embedded in suggestive images which approach both the viewer’s feelings and sensory reactions.

Elizabeth’s favourite techniques are painting combined with airbrushing, sandblasting and experimenting with multiple layers of glass. She believes that architectural glass has a positive impact on the place we live in and also on our daily life. In her approach glass is not a mere medium, but also a subject indicating an emotive message

Terry Brookes is a Barnsley based Pop Artist, taking inspiration from pop culture and his home town. He has previously exhibited at Experience Barnsley Museum and has worked extensively with the comedy folk band, The Bar-Steward Sons of Val Doonican. He drinks tea, reads books, listens to music and loves to paint.
http://www.brookesart.com/Pages/default.aspx

Strange Bedfellows runs from Tues 28 Sept – Weds 7 Oct.
There will also be a special event on the evening of Friday 2nd October, where you can meet the artists. Additionally, donated prints/merchandise from the participating artists will be up for grabs in support of local foodbanks and the #weshallovercome campaign. 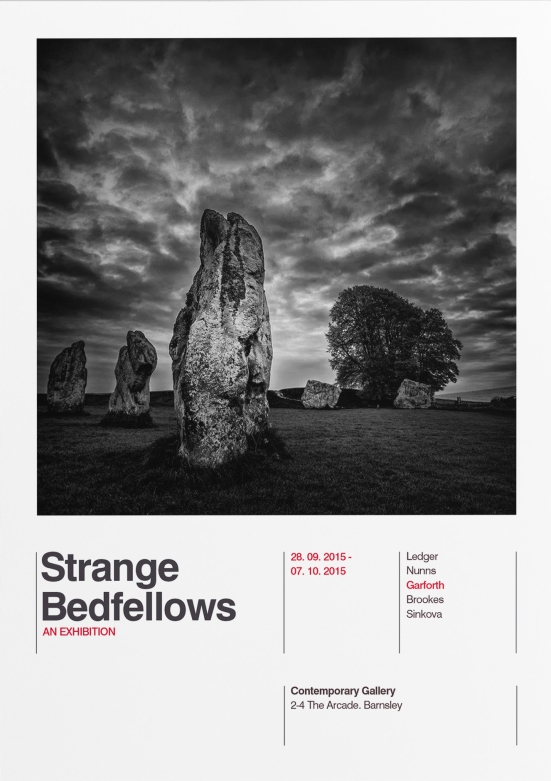 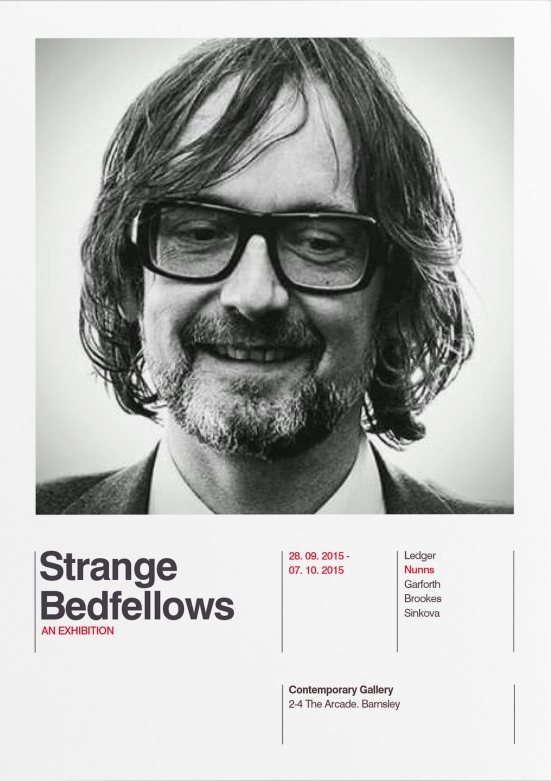 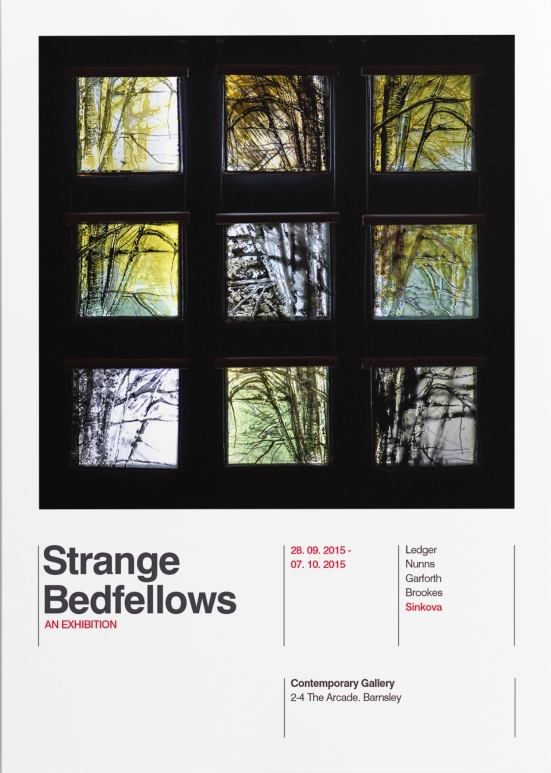